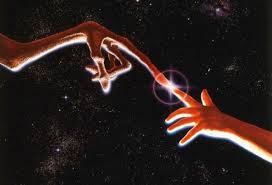 Aliens are hypothetical or fictional beings from another world or dimension. They are also called Extraterrestrial / Star friends.

“LIFE DOESN’T EXISTS ON OTHER PLANETS” A lie told by our governments to us till now. We are searching for life on other planets, we are searching for air, water, etc., on other planets, so that we can go and occupy those places. This is what informed by our governments for ages to us. One of the truth Wikileaks wanted to reveal is the existence of UFO’s etc.,
http://anonhq.com/wikileaks-confirmed-2013-nasa-hiding-till-2015-aliens-real/

WE ARE NOT ALONE IN THIS MULTIVERSE CREATION:

All the governments are well familiar with the fact that LIFE EXISTS ON OTHER PLANETS TOO. But your government doesn’t want you to know. We all agree that the CREATOR/GOD created all this creation. All the planets, stars, galaxies, etc., are created by him. Why will he create other planets, stars, galaxies without life? Life exists everywhere. If so, why all humans are unable to see them. Visit the link, you will understand, why advanced alien civilizations don’t want to show up.
http://www.dailymail.co.uk/sciencetech/article-3051151/Governments-HIDING-aliens-claims-former-defence-minister-Paul-Hellyer-urges-world-leaders-reveal-secret-files.html

Some governments are working with EXTRATERRESTRIAL BEINGS from long back.
http://spherebeingalliance.com/

Hard to believe, isn’t it? You won’t believe me when I say many people witnessed space ships, UFOs in our city of destiny itself. Many shreds of evidence were given. Many people [one among them is Dr.Steven greer] are fighting with the governments regarding the disclosure of Aliens [ET] presence.

Another documentary [Government didn’t permit them to release this info as a movie, so they released it as documentary]

You will be shocked to know the reason behind J F Kennedy’s [former president of US] assassination.
http://alien-ufo-research.com/news/2013/jfk-assassination-disclosure.php
Finally, Mr. Trump’s government released a proof of aliens’ existence. A point to note is these footage belong to 2004 and 2015.

Former NASA astronauts are coming forward to reveal evidence of Earth beings in contact with ET’s from long back.
http://www.dailymail.co.uk/news/article-3016514/Former-NASA-engineer-claims-saw-NINE-FOOT-alien-1991-space-mission.html

When these many pieces of evidence are available, why is it becoming hard to believe and understand the truth? There is n number of reasons. Matrix, implants, soul contract, belief system, subservient nature, etc., will make it difficult to change one’s belief system.

Time has come. You cannot hide yourself from TRUTH.

LIFE EXISTS EVERYWHERE
FULL DISCLOSURE ON
VICTORY OF THE LIGHT