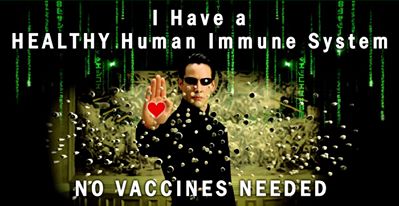 The vaccine contains either causative agent of the disease [pathogen] / killed pathogen / product of the pathogen / a synthetic substitute, that acts as an antigen to stimulate the production of antibodies for that particular disease. Why are we suddenly focusing on vaccines during the Corona pandemic?

Let us have a quick look at old opinions and belief systems about Vaccines.
Right from birth [frankly speaking before birth, when we were in mom’s womb] we were given a good number of vaccines. Even I used to teach that vaccination is good for health. I came to know about the negative impact of vaccination after reading the following article.
http://healthimpactnews.com/2014/mass-sterilization-kenyan-doctors-find-anti-fertility-agent-in-un-tetanus-vaccine/

I was shocked to learn that the above program is according to the guidelines laid by the WHO. WHO doesn’t define disease and health properly. According to the textbook definitions, suggested by the WHO are ‘health is defined as not having disease and disease is defined as not keeping healthy.’ Then which type of health it is going to provide to the World and its inhabitants.

You will be shocked to know that Bill gates foundation is involved in these crimes in INDIA. Indians are fighting against gates & Melinda foundation.
http://vactruth.com/2014/10/05/bill-gates-vaccine-crimes/
If you want to know more, you can visit:
http://www.vaccinesuncensored.org/third.php

Let us look at the planning that started decades ago regarding this vaccination to depopulate the Earth. It is openly announced by Bill Gates during a TED talk in 2010 as a part of the U.N agenda 21.

Many doctors all over the world are being killed, when they tried to expose these facts.
https://kauilapele.wordpress.com/2015/07/30/natural-news-7-27-15-revealed-cancer-industry-profits-locked-in-by-nagalase-molecule-injected-into-humans-via-vaccines-spurs-tumor-growth-explains-aggressive-vaccine-push/

Even then the doctors are coming out as whistle blowers to bring out the truth and let humanity open its eyes to block this depopulating vaccination program.

Finally a BOMBSHELL, Un vaccinated people are more healthier than vaccinated [us]. One of my ex students, is not vaccinated right from her birth. She shows more matured, lovable, higher conscious levels in every aspect.
http://www.disclose.tv/news/bombshell_unvaccinated_populations_are_healthier_than_the_vaccinated/125618?utm_content=buffer7c864&utm_medium=social&utm_source=facebook.com&utm_campaign=buffer

Let us understand the real reason behind every human on the Earth to be vaccinated. It’s to microchip everyone which helps them to monitor and control the humans. Make their lives more miserable and continue slavery. Watch the video that has information about the patent possessed by Gates for the microchip that they want to introduce through vaccination.

The patent owned by Microsoft
https://patentscope.wipo.int/search/en/detail.jsf?docId=WO2020060606&tab=PCTBIBLIO

With all these disclosures Humanity has to wake up and start unlearning ‘what they learned and built a belief system’.

FULL DISCLOSURE ON
VICTORY OF THE LIGHT