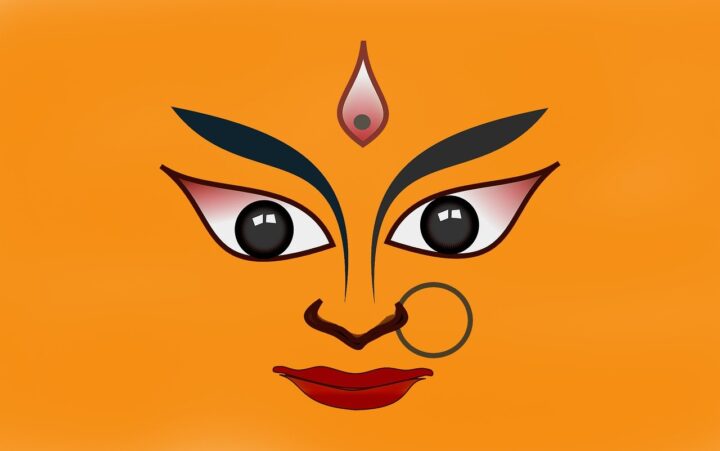 A goddess may be referred to any feminine or female deity with supernatural powers. In some cultures Goddesses are associated with Earth, motherhood and the love. Goddesses also rule over war, death, and destruction as well as healing.

In Hinduism, Sacred Feminine or Shaktism is one of the three major Hindu worship along with Vishnu and Shiva. Indians are familiar with various Goddesses like Lakshmi, Parvathi, Saraswathi, Radha, Satyabhama etc., India celebrates Diwali as a mark of Victory of Satyabhama over Narakasura. I dedicate this post to all the women who are the living Goddesses on the Earth in this crucial time. A method to anchor GODDESS ENERGY THROUGH YOUR BODY on to mother Gaia is to participate in worldwide Goddess Meditation at 8pm IST.

On June 21st, 2014 during summer solstice, the process of activating the planetary Goddess archetype has begun. It was activated by many women from the Resistance Movement and the Pleiadian fleet meditating and directing their loving energy to humanity. Let us know about various Goddesses who used to exist on mother Gaia. Now it’s time for their complete return to mother Gaia.

A beautiful goddess of success, prosperity, abundance, and good fortune. Abundantia is also considered to be a protector of savings, investments, and wealth. In Roman mythology, Abundantia brought money and grain to people while they were sleeping. She was shaking her gifts from the cornucopia that she continuously carried.
https://angelsandmasters.net/A1.html

A simple method of invoking her in our lives,
Hold one or more coins in the hand you don’t write with (this is your receptive hand), and say:
“Beautiful Abundantia, I desire to be like you—carefree and filled with faith that my supply is already met in all ways. Help me replace any money worries with joy and gratitude. Help me open my arms so that Heaven may easily help me. Thank you for all of your guidance, gifts, and protection. I’m truly grateful, and I’m abundantly joyful and fulfilled. I let go, and relax in the sure knowledge that I’m completely taken care of, immediately and in the future.“

Ibiza is an island, sacred to Tanit. She is the Goddess of waters and her springs and fountains bring healing, rejuvenation. This helps in the alignment of electromagnetic field of our body with our energy field. She and her island support humans on the path of individual, planetary and cosmic unification. To know more about her:
https://en.wikipedia.org/wiki/Tanit

Physical immortality is the ultimate manifestation of the Goddess presence within the physical body and this can never be achieved through the war mentality. Brotherhood of the Star has transmitted secrets of immortality to the Blue Dragons through Xi WangMu. Based on her teachings, advanced members of the Blue Dragons were able to live in the same bodies for hundreds of years.
http://www.suppressedhistories.net/goddess/xiwangmu.html

Atargatis is a mermaid Goddess of fertility. She came from Sirius star system and landed in an egg shaped craft on the bank of Euphrates river many millennia ago. Her archetype was later distorted by the Cabal. But her original energy is one of the key energies for peaceful transition into the post – Event society. One of the city of Syria pentagram is Manbij. It was the center of worship of Atargatis.
https://en.wikipedia.org/wiki/Atargatis

A cosmic Goddess named Dou Mu has left her home star system Dubhe during December 2014. She teleported into the Eastern Agartha network and then arrived on the surface of the planet. Now she lives in her physical Light body on a very powerful vortex point on the surface somewhere in Asia. She is channeling cosmic Goddess archetypes of Nut (sky), Maat (justice) and Hathor (love) for the planet, with members of a certain Dragon group being her guardians.
http:// https://journeyingtothegoddess.wordpress.com/2012/04/13/goddess-tou-mou/

Dou Mu is the Goddess who has activated Halaf/Hassuna-Samarra vortex 7000 years ago. Now she has returned to the planet to heal that vortex of Syria. This is the first time in many millennia that a cosmic extraterrestrial entity of Light is living on the surface of this planet.

Untersberg is a mountain on German-Austrian border. It is one of the key vortex points for the planetary liberation. Then in 1220, Isais (who is an aspect of Isis) appeared in front of a certain Templar knight named Hubertus Koch. During that time he was traveling near Nineveh in Iraq, which is very close to the center of Hassuna-Samarra Goddess vortex. She has instructed him to build a Goddess temple near Untersberg. She also gave him a piece of Cintamani, a stone from Sirius star system, to bring it to Untersberg. He then formed a Templar group called Lords of the black stone. They became the guardians of the stone and keepers of the Goddess vortex.

Isis was a major goddess in ancient Egyptian religion. she resurrects her slain husband Osiris, and produces and protects his heir, Horus. She was believed to help the dead enter the afterlife as she had helped King Osiris. She was considered as mother Goddess of Kingship / protection / Sky / Universe. In Atlantis, priestesses of the Goddess were gathering in circles of twelve to anchor the energy of peace and harmony. They were called the Sisterhood of the Rose. They later reemerged in ancient Egypt as priestesses of Isis. To know more about Isis:
https://en.wikipedia.org/wiki/Isis

The Archons are quite skilled occultists. They take a symbol of Light and use mass media propaganda to distort that symbol with darkness, pain and suffering and to suppress Goddess energy. Thus they prevent an enormous amount of Light from flowing into the minds and hearts of people. They have done so with number 666 (once a sacred number of Goddess Venus, now a symbol of the dark forces in the mind of the masses). The pentagram (once a sacred symbol of Venus and now a symbol of black magic for the uneducated masses). Symbol swastika (once a symbol of spiritual evolution and now associated with Nazism).

The Archons have deliberately chosen ISIS as the name of the jihadist group to associate the name of Goddess Isis (she is a Goddess of Light) with darkness and horror in the minds of the human masses, after activating PG in 2014. The Illuminati just try to misuse her beautiful energy for their nefarious purposes. Ironically, the name Illuminati means the enlightened ones. But in reality those people are the furthest away from true spiritual enlightenment.

She aided Lord Krishna in defeating the demon Narakasura. He was the son of mother Earth. Narakasura gained a boon from Brahma that he would die only in the hands of his mother. Mother Earth obtained a boon from Vishnu that her son should die only when she wishes for. Unbearable acts of this demon made all the gods to approach Lord Krishna. They requested Krishna to kill him. Satyabhama accompanied Krishna in this war. At one instance, the demon hurled a shakti towards Krishna. Krishna fell unconscious(Falsely). This enraged Sathyabhama. She started war with Narakasura and killed him finally. Sathyabhama is the incarnation of mother Earth Goddess.